We9ja HubOctober 22, 20190 Comment032
It looks like the rivalry between Mercy’s fans and Tacha’s fans is not ending soonest as they seems bent on dragging one another on social media. 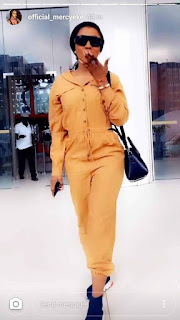 The rivalry among their fans was reignited when
Mercy stepped out in a jumpsuit that is almost identical to the one Tacha recently wore a few weeks ago. 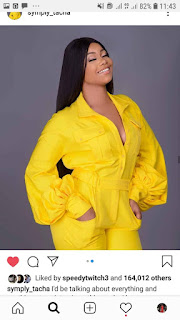 A Twitter user with the handle @EdanukoF who spotted the similarity in the jumpsuit the reality stars wore, wrote:

“TITANS come and see ooooo. Our Neighbour’s had to wear the exact cloth QUEEN TACHA was wearing some days back.”
LINK 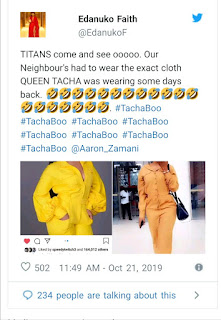 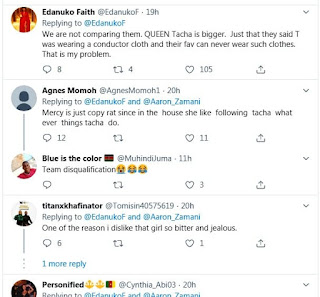 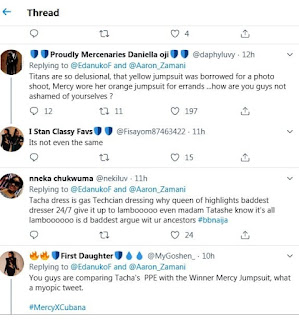