MUSIC NEWS Simi claps hard at lady who shaded Adekunle Gold for requesting fans’ support  – Singer Adekunle Gold recently called on his Twitter fans to support his latest single – His wife, Simi, was among those that reacted to his tweet – Social media users adored the display of support between the two – Simi was quick to shut down a lady who attempted to troll her hubby Popular Nigerian singer Adekunle Gold, recently shared a post on micro the blogging platform, Twitter, in which he called on his fans and followers to kindly help him spread the gospel of his latest single, Kelegbe Megbe. In his post, he expressed that anyone that really likes the new composition should go an extra mile by making it more popular. 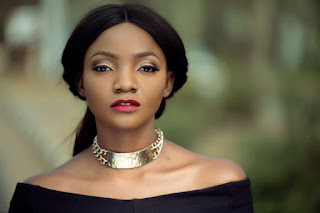