Naira Marley Am I A Yahoo Boy ft. Zlatan 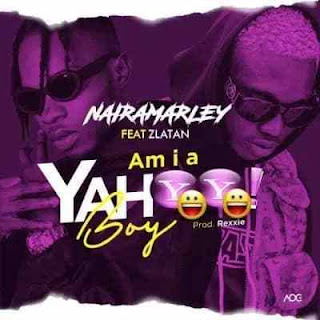 Naira Marley has released a new song with Zlatan comparing the attacks on him to that of legendary Fela and Mandela following the reactions to his statement that glorified internet fraudsters, asking Nigerians to pray for them as they help in the circulation of wealth in the Nigerian economy.
This statement has provoked reactions from many who publicly canceled the singer for a remark that was made without shame as he continues to stand and speak up for internet fraudsters who do nothing but reap people off their wealth.
Naira Marley comments about yahoo yahoo act as created alot of controversy online, of which are:
and comments from other top celebrities, however Naira Marley seems to be unbothered about the issues as he went ahead to drop a brand new song titled “Am I Yahoo Boy” which is likely to make him blown the more.
In the wake of the reactions that followed his pro-cybercrime Instagram live video, the singer has reacted with a new song which will be dropping soon, stating that he’s no Yahoo boy and people are trying to come for him the way they did Fela and Mandela.

With the song, one would see that Naira Marley actually does believe he’s fighting the good fight for the fraudulent community of Yahoo boys, just that in the song lyrics he insisted he’s no Yahoo boy as the word “Yahoo boy” was not inscribed on his forehead.

A leader of Afenifere, Chief Ayo Adebanjo has disclosed why Bola Tinubu is yet to speak about Herdsmen menace in the South-West. The...

Interior designer and hotelier, Ehi Ogbebor has confirmed that she has found love and ready to give marriage a chance for the third time....

A month after his wordily creative freestyle, "On God". Scopy returns with a New single, “People” featuring female vocalist, Tohxyn. Scopy teamed up...