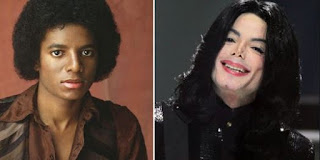 The late King of Pop Michael Jackson has ranked No. 1 in this year’s list of highest-paid dead celebrities for the 7th consecutive year, despite recent controversy. He earned almost as twice as the next person on the list Elvis Presley. MJ earned 60,000,000 dollars. His streaming jumped 2.1 billion U.S. spins from 1.8 billion a year ago.

Forbes released its 2019 list of the Top-Earning Dead Celebrities on Wednesday, the day before Halloween. Michael Jackson remains the King of Pop even in death, topping the list for the seventh consecutive year.

Other celebrities who earned a lot even in death include Elvis Presley who earned $39,000,000.

Share
Anthony Joshua is the 10th richest boxer with £40m, Mayweather ranked no. 1 Previous post
May Your Pussy Perish In Hell With You-Pastor To Slay Queens Next post