Man Matchets Brother From Head To Cheek Over Pot of Soup 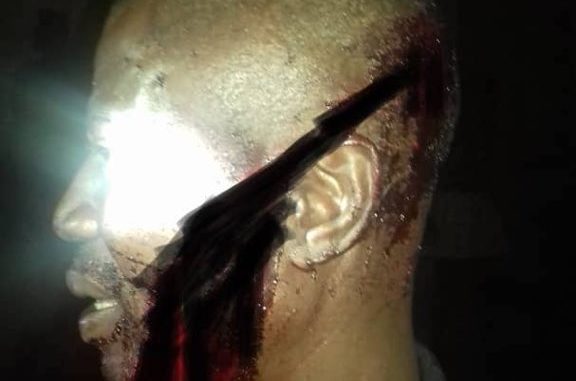 A man has reportedly matchet his younger brother from head to cheek following a disagreement over a pot of soup. He ran away and nowhere to be found after the incident.

According to the men of the Rapid Response Squad (RRS) of the Lagos State Police Command, the incident, which happened around 11.00 p.m. on Monday, November 25, was promptly reported by the neighbours of the brothers whose names were not given.

The report said it was the refusal of the younger brother to give the elder brother from the soup when he came home at the night that made him to hit his brother with the machete.

According to the RRS in its twitter handle @rrslagos767, “Last night at about 11:00pm our officers on patrol along Ipaja assisted a man who got macheted from the head to the cheek by his brother over a pot of soup.

“We assisted him before handing the case to over to Ipaja Police Division for investigation. Efforts are in progress to apprehend the brother who is at large.”