[Gist] I Love His Music – Tacha Said On Zlatans Diss 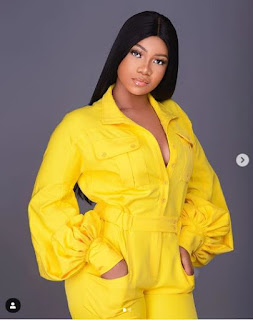 Big Brother Naija 2019 housemate, Tacha has finally replied to the diss made by Nigerian hip-hop rapper Zlatan Ibile towards her.
Few moments after Tacha was evicted, Zlatan Ibile recorded a diss track which purposely made to mock her of her Body Odour.
He shared it on his IG and the entire Social media was occupied with the story.
Recently, Tacha was asked in an interview on CoolFm with Dotun of her opinion towards this act which many people has condemned Zlatan for being childish and causing strong animosity.
But surprisingly, Tacha claimed not to see anything bad about it. She added that she is also a big fan of Zlatan’s songs.
Share
[Music] Zlatan Ibile – Yeye Boyfriend Previous post
[Music] Bella Shmurda – Only You Next post