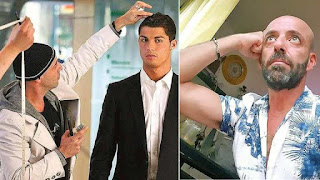 Ricardo Marques Ferreira, a celebrity hairdresser, has been stabbed to death in a Swiss hotel room.


Ferreira, revealed by Portugal’s tabloid Correio da Manha to be Cristiano Ronaldo’s hairdresser was identified as the murder victim. Reports say his body was found by a cleaner at a business hotel in Zurich’s Albisrieden neighbourhood around 2pm on Friday, November 1, 2019. Mr. Ricardo was found in bed with multiple stab wounds.

The celebrity hairdresser nicknamed Caju had been living in Zurich for the past two years and had been staying at the hotel where he was killed for around a week, according to Mail Online. 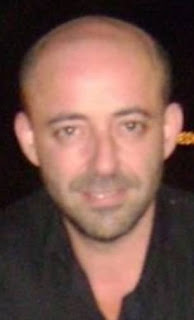 Police have since arrested a 39-year-old suspect who is understood to be a Brazilian national. Authorities described the scene as ‘horrific’, with reports the room he was in, smelt intensely of alcohol.


Recall in September 2015, Ricardo Marques Ferreira from the island of Madeira shared a photo on social media of him putting the final touches to the Cristiano’s look during a photo-shoot.