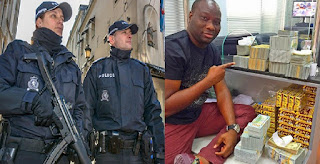 Mompha Allegedly arrested by Interpol
According to Kemi Oluloyo, Dubai Based Businessman Mompha, has been arrested in Abuja.
She shared his photo on Instagram and captioned it;
“#BREAKING Nigerian Bureau De Change King @mompha #Skyman reportedly ARRESTED in Abuja by the International Police @interpol_hq I have left several messages.
Pls have patience.  I’m an investigative Journalist. Arrest was 3 days ago the same time he posted last a picture of his Lil girl. Interpol should release a statement soon on WHY he was arrested and exact whereabouts and whose custody he’s in. The @officialefcc said they will get back to me too.
Only good Journalists know about these secret arrests. They must be transparent though #humanrights #civilrights DETAILS LATER… #KemiOlunloyo #kemitalkscrime” 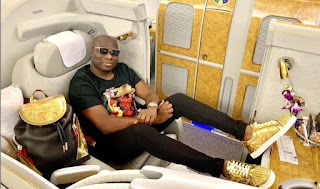 A quick check to Mompha’s IG shows he hasn’t updated in 3 days. His last post was a photo of his daughter …
More Update to come …
Share
CLASH!!! JQ ELDERS VS JQ TITANS SET TO HAPPEN SOON Previous post
Bobrisky Severely Got Beaten By A Man In Lagos Traffic Next post

A leader of Afenifere, Chief Ayo Adebanjo has disclosed why Bola Tinubu is yet to speak about Herdsmen menace in the South-West. The...

Interior designer and hotelier, Ehi Ogbebor has confirmed that she has found love and ready to give marriage a chance for the third time....

A month after his wordily creative freestyle, "On God". Scopy returns with a New single, “People” featuring female vocalist, Tohxyn. Scopy teamed up...