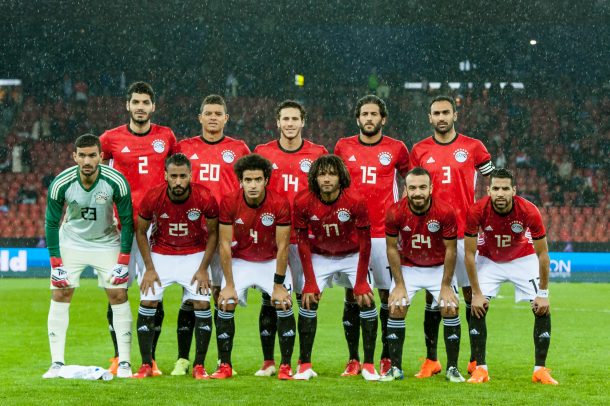 Egypt manager Hector Cuper has
announced on Monday his final 23-man squad that will travel to Russia to take part in the 2018 World Cup.

Cuper had initially named a 29-
man preliminary squad, meaning he had to snub a goalkeeper and five other players ahead of the World Cup.

The squad witnessed one major surprise exclusion as SC Braga forward Ahmed Hassan Kouka was left out of the 23-man squad.

Mohamed Salah and Mohamed Elneny will lead the squad that will head to Russia, after being declared fit for the tournament,
despite not featuring in any pre-World Cup friendly until now.

Egypt were drawn in group A alongside hosts Russia, Saudi Arabia, and Uruguay.

They will kick off their group stage games on June 15, before facing Russia and Saudi
Arabia on June 19 and June 25.

See the full list of the final 23-man squad

Didier Drogba Announces Separation From Wife After 20 Years Together